The Gen 2 FireHog Mod-FMC is a linear style Flash/Blast Mitigation System. This device is designed to mitigate all 180 Degree muzzle blast and direct it down range at an approx 60 degree angle. The Gen 2 Fire Hog is inspired by the Bulgarian krinkov SBR can brake. The Gen 2 Fire Hog incorporates innovative performance enhancing design that takes the Fire Hog Mod FMC into class of it's own. 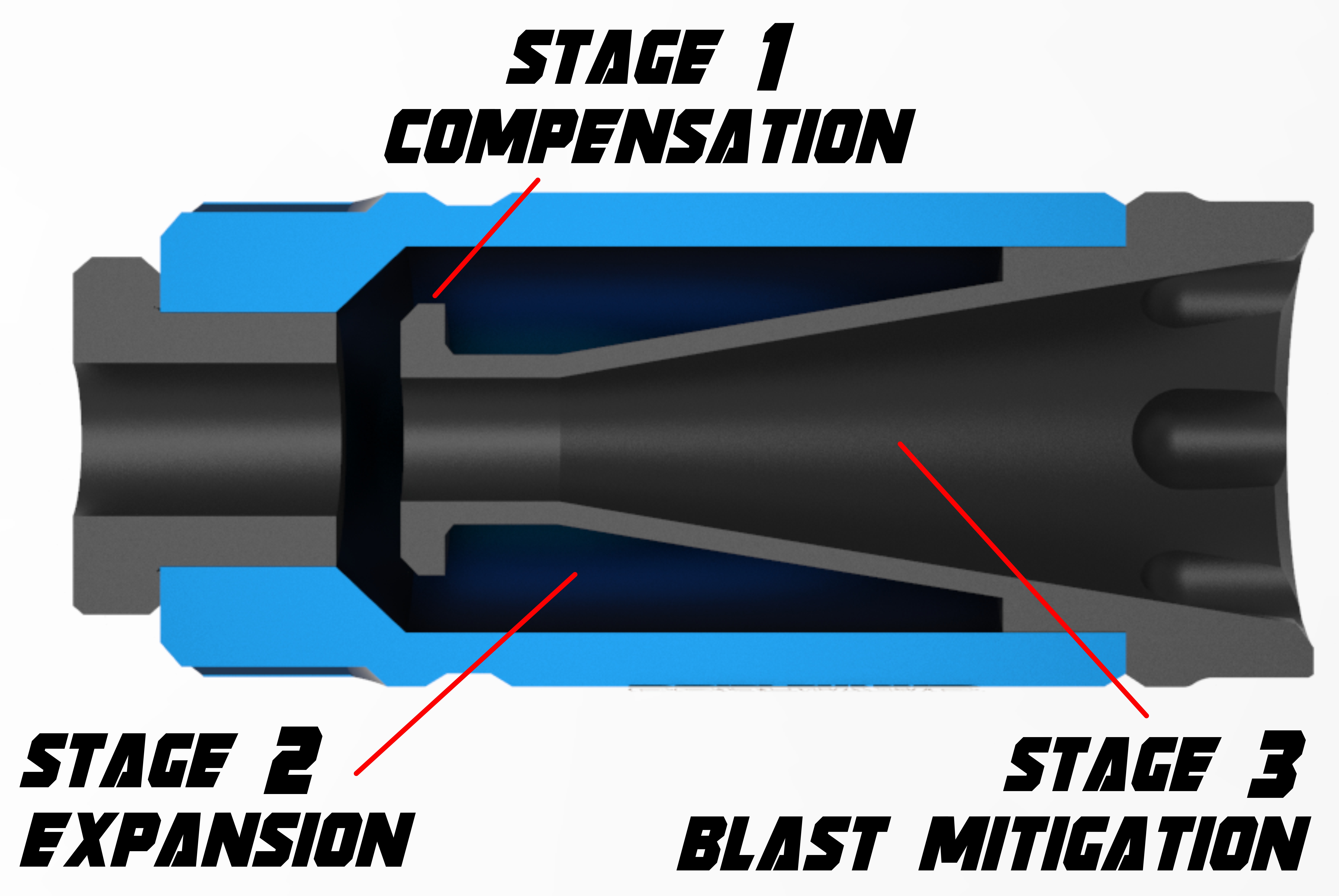 The 3 piece design features a 3 stage flash/blast mitigation system like no other. The Fire Hog 3 Stage system is broken down as follows:

The end result is Night and Day! The Fire Hog Mod FMC blast mitigation system is paramount to those who need to train in close quarters with live ammunition who do not want to annoy others with their extra violent SBR muzzle blast signatures. 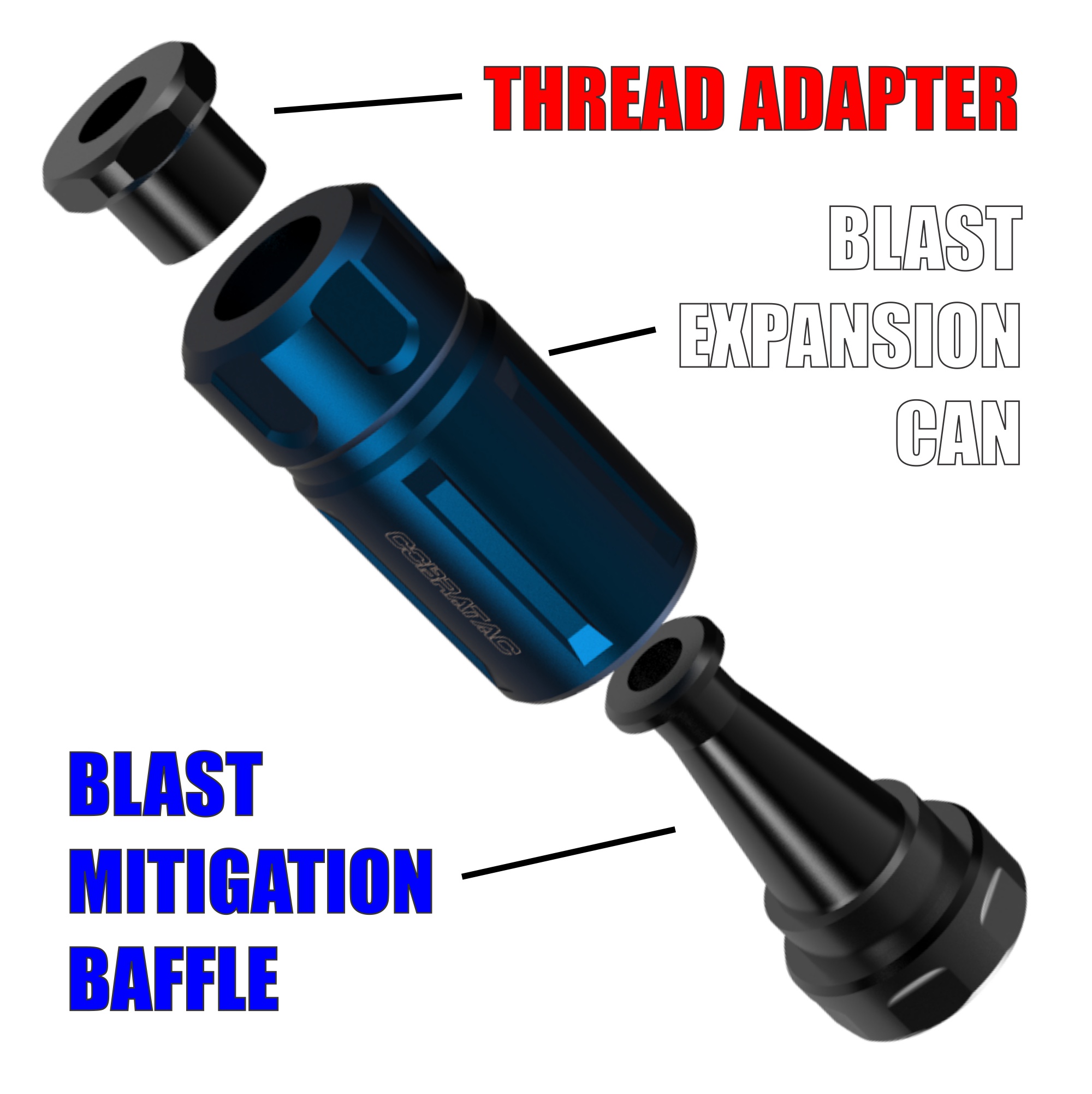 The Fire Hog system is designed to be a fully modular and interchangeable for use with any setup. The entire assembly is designed to be taken apart and cleaned or serviced as needed. The Fire Hog thread adapters will be available in all commonly used by thread patterns and double as 13/16-16 threaded solvent trap adapters. The Fire Hog system can be interchanged with any of the MOD variants and the Fire hog adapters and brakes will be sold separately so that our customers can pick and choose what they would like to use for their setup.

The expansion can itself will come in 3 styles: