The SPC vest was developed as a replacement for the Marines IOTV and CIRAS body armor. Whilst the SPC Vest lacks in protection, it compensates by increasing the mobility of the operator buy a huge margin as compared to the marine Corps standard issued armor.

The so-called "Scalable Plate Carrier" uses the same enhanced small arms protective plates and Kevlar ballistic inserts as the CIRAS body armor and modular tactical vest, but in a more streamlined, less bulky package than vests issued to most Marines. The SPC body armor is currently being issued as standard alongside with the IMTV (Improved Modular Tactical Vest) to the United States Marine Corps.

Featuring a modified PALS webbing on the upper chest, the SPC Armor embodies the doctrine that a more mobile soldier is a more effective Soldier. Applying to both situations found in real life combat situations and with Airsoft skirmishing, the SPC vest from Pantac gives you the upper hand in maneuverability, general protection, as well as load bearing capabilities. The arm and neck holes are much larger than the traditional CIRAS vests for much greater ease of movement allowing you to address issues much faster. 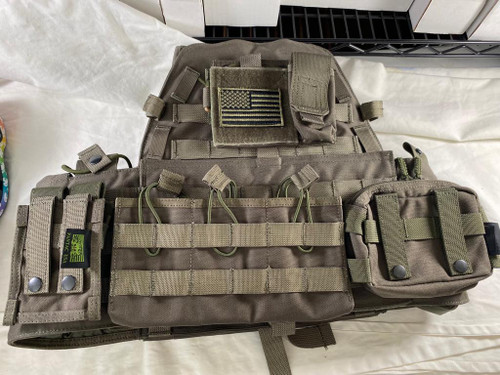